Rio Tinto mortal after all

RIO Tinto has long lorded it over the rest of the industry when it comes to operational capability and technical nous, writes Barry FitzGerald. 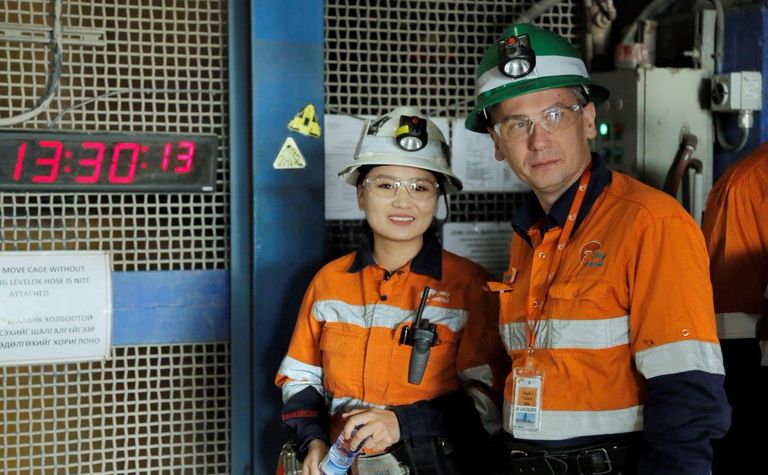 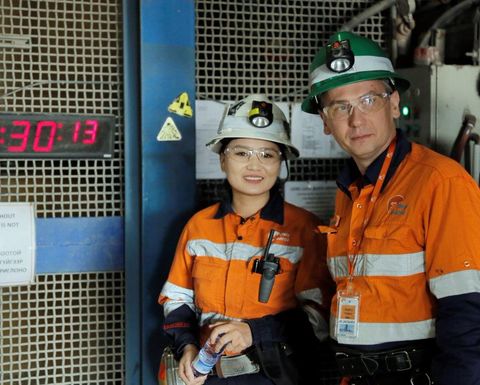 But it has just had a wake up call that it too is a mere mortal after fumbling the ball on two fronts - its Pilbara money making iron ore machine, and its flagship Oyu Tolgoi copper growth project in Mongolia.

In the Pilbara, unit costs for 2019 have been increased by US$1 a tonne to $14-$15/t. It doesn't sound like much but spread it over annual shipments of 320-330Mt (down on cyclone impacts and a port fire) and it becomes a whole lot more significant.

That is doubly so when the reason for the increase is shortcomings in waste material movement at one of the production hubs to the detriment of mine performance and pit sequencing across the Pilbara system. Rio is now in catch-up mode.

It is basic stuff and kind of hard to believe given it comes from a company that spends a lot of time and money on telling the world about how sophisticated it has become in the Pilbara, what with driverless trains and trucks and so on.

Needless to say, the pressure is now on the Pilbara unit to dive deep to discover the circumstances that led to the fumble on what is really Mining 101. It has to be more than a simple case of complacency in a bumper iron ore price environment, you would hope.

Whatever the root cause, the fix is now in in terms of a stepped up stripping campaign over this year and next.

It has to be said that free cashflow from the business ran $4 billion higher in June half than in the previous corresponding period thanks to iron ore's price charge. So the additional cost is easily absorbed.

But at this stage, Rio would rather have its lordly reputation intact - it goes to a premium rating on its shares - that's for sure.

Oyu Tolgoi represents a bigger challenge on that front.

Rio CEO Jean-Sebastien Jacques knows that. And he also knows that as the then copper boss who got the Mongolian government to the table to sign off on the 2016 agreement covering what was meant to be a $5.3 billion underground expansion, OT is very much his problem.

Having said that, J-S did a typically Rio thing on Tuesday by leaving it to others with direct responsibility for the project to explain the $1.2-1.9 billion cost blowout in the underground development, and the 16-30 month delay to May 2022-June 2023 to reaching steady state production of more than 500,000tpa.

Now there was some faux shock on Tuesday about all that which took the 66% partner in the project with the Mongolian government (34%), Rio's 51%-owned Turquoise Hill, down a thumping 44% in the Canadian market.

That reflected financing concerns for Turquoise Hill more than being a statement on OT's credentials to become one of the great copper mines (the open cut operation started in 2012 but 80% of the resource needs underground access).

The cost blowout and delay is a result of Rio having to redesign the underground operation because of rock stability issues.

There is nothing unusual in that, and it serves as a reminder that as the industry increasingly moves underground, there are major challenges to be overcome if copper demand for the world's accelerating electrification is to be met.

OT is a 50-year project or more. So a year or two year delay in hitting its straps is no big deal.

Now for some context around the problem.

The 2016 feasibility study in to the original $5.3 billion development took in to account all of the drilling information that was available from the 2.5km deep holes that had probed the underground resource from the surface.

In OT's case, it wasn't until Rio gained underground access and started to develop critical infrastctrure within the confines of the orebody itself that it started to come across the "hidden" fault zones and pockets of rock weakness.

On average, the overall rock strength is as was expected in the feasibility study. But again, the underground development work has identified faults and zones of broader weakness that were difficult to see from the surfaced drilling.

Looked at from above. The orebody is kind of banana shaped. Chop the banana in to three pieces, and it is the middle section in which the first panel cave is being developed.

Rio is coming in from the southern point of that panel and is developing across it. It's just happens that it is that south-west corner where a pocket of weaker zones of rock have been identified.

In and of itself, Rio will be able to develop through the pocket.

But it does mean there has to be a major rethink because it is an area where the original plan had critical mine infrastructure (ore passes, haulage and extraction tunnels) being installed.

There is a risk to that planned infrastructure due to the stress induced by the caving operation.

Rio is now sorting through the options.

Will more ground support provide a fix, or will the infrastructure have to be relocated to more competent ground?

In addition, while the core design is for a continuous panel cave operation (cave the middle section of the banana and then continue north and south in to the other panels), converting to a series of block caves is also being considered.

Importantly, none of the infrastructure originally planned for the zone of rock weakness is built yet. The extra cost and delay is all about getting the forward plan right, with Rio's scenario review to include an optimisation study of the open-cut.

There is no great joy in the cost and delay in OT's underground expansion. Like Rio's stripping challenge in the Pilbara, it is fixable. It's just that it is more technically challenging and time consuming. 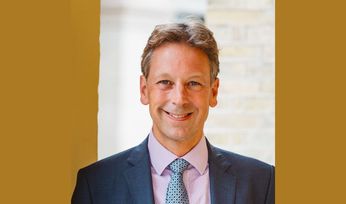 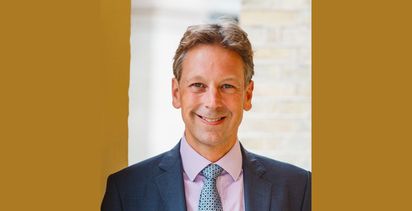