IN RESOURCESTOCKS’* Digging Deeper column this month, Allan Trench advises both companies and investors to exercise caution when looking at future commodity prices and costs for next-generation mining projects.

Commodity prices are pretty average right now – which creates a land of opportunity for those companies both willing and able to make bold countercyclical investment decisions – at least in commodities set to rebound in price in the foreseeable future.

Such commodities include tin, nickel, zinc, uranium and the platinum group metals – and potentially coking coal too despite the current doom and gloom in that market. Gold is always a tough price to forecast – but the focus upon US interest rates in that market is now being overplayed, such that the ubiquitous negative dialogue around future gold prices is overdone too. A US-centric view of the gold market ignores the elephant in the room that would never be neglected in market appraisals of other commodities: China.

China may yet do for the gold market in coming years what it did for iron ore prices in the past. Even leaving the future growth in Chinese demand for gold aside, there will always be room in the market for a solid gold project. Indeed, gold projects have the benefit of access to the most liquid of all futures markets such that bringing forward revenue via gold loans and/or taking advantage of hedging opportunities provides an outlet to manage risk.

So what stops companies pushing the button on new projects in times when commodity prices are near cyclical lows? Price is, of course, the main culprit. Try turning up to a bank and saying “the price is down, give me some money to build a new mine” and you’ll likely get a look of disdain if you even get in the door at all.

The irony of course is that now is the very time to build. The “A-teams” are available in the engineering and construction world – not the B, C and F-teams that cost those exorbitant fees just two years ago contributing to project cost overruns and delays. By the time a new project instigated now is approaching production, the market dynamics will look all the better (in part because nobody else is building new mine capacity).

This situation is a common characteristic of downturns. That is, in most commodities now there is room in the market for significant new projects to come on-stream, the class of 2020, so to speak. The obvious exception here is iron ore, which ironically is one of the few commodities in which a raft of new tonnes are still scheduled and committed to reach the marketplace.

As an example of good timing, Sirius Resources – soon to be part of Independence Group – have timed their run well in nickel, building when nickel prices are in the doldrums and demand for input factors to construction remains low. The quality of the Nova-Bollinger nickel-copper project is so good, however, that it would be built at any point in the cycle. The project’s owners have lucked out that project delivery can be executed in a soft construction market in timely fashion and without undue cost pressures.

To the principal trap to avoid then as an investor: Watch out for companies which do not fully comprehend the cost side of the mining cycle. Costs typically lag prices – but do follow them up and down just as night follows day. So when the price of a commodity rises, you can bet your last dollar that production costs will then rise too, typically one to two years later.

Why? All the company’s suppliers – including workers – become very much aware of the strong margins being made at a mine when commodity prices have risen. Suppliers are not dumb. Opportunistic cost increases appear pretty quickly for just about every contract the mine has in place unless those contract prices have been fixed for the long term. Such cost increases include wage demands from workers from the frontline right through to the head office.

Keeping a lid on costs in such an environment takes great skill – and a degree of cost escalation is inevitable. So avoid companies that estimate a future project value merely by increasing the future commodity price (which maybe a reasonable assumption) – but who do not also make an allowance for higher costs (which is a bad mistake – and one which may prove very costly in future). This error is a very common one.

Allan Trench is a professor at the University of WA (Centre for Exploration Targeting) and at the Graduate School of Business, Curtin University of Technology and a director of several resource companies. 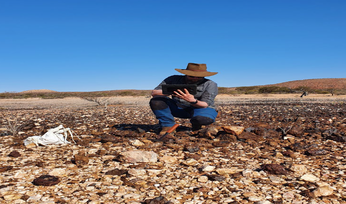 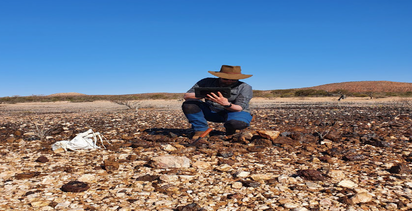