IT WAS another mixed quarter for Iluka Resources with the mineral sands miner posting a 27% increase in sales volumes in the September quarter from the June quarter; however zircon output declined by 13.3% over the same period.

“What occurred is that we caught up on a number of deferred shipments from previous quarters so that accounts for the 27% increase in terms of sales volumes,” he said.

Despite an increase in sales volumes across its operations, Iluka witnessed a 4% fall in production from 741,765t in the previous quarter to 712,193t in the third quarter.

Porter said the fall in zircon output was mainly due to bad weather conditions at its Waroona, Cloverdale and Wagerup operations in Western Australia’s South-West and lower grades at Eneabba and Gingin operations, as well as reduced tailings stockpile reprocessing at its Narngulu mineral separation plant in the state’s Mid-West.

Despite this, Porter said the company experienced a 14% increase in terms of zircon production, on a year-to-date basis, reflecting the contribution made by its new Murray Basin operations.

"[Murray Basin] has been performing well and we had 88,000t of zircon out of Murray Basin on a year-to-date basis," he said.

Meantime, rutile production increased from 52,746t in the June quarter to 55,191t, or 4.6%, following higher production from CRL Queensland and the Hamilton mineral separation plant at the Murray Basin.

However, synthetic rutile output for the September quarter fell 4.8% from the June quarter to 131,017t, mainly as a result of a maintenance outage on one of the two kilns at its South-West operations.

The company also reported capital expenditure for the September quarter was $16.9 million and $93.5 million for the first nine months of the year with most of this funding the Waroona and Cloverdale mine developments in the South-West and a feasibility study for the Murray Basin Stage 2 and Jacinth-Ambrosia projects.

Iluka expects full-year capital expenditure to be lower than the previously advised $180 million, which was down from the $230 million advised at the start of the financial year.

On the exploration front, Iluka has received encouraging exploration results related to extensions to the major West Balranald deposit in the Murray Basin, as well as the discovery of the new Minsk prospect.

Company impressed with engagement with ministers 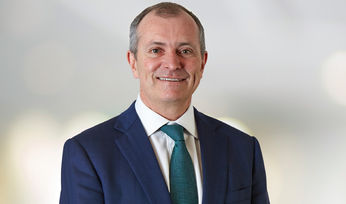 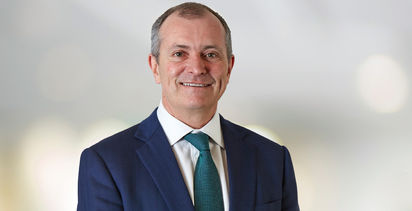 On the fall and rise of mineral royalties companies

Unsustainable Sierra Rutile to be suspended