INDONESIAN company PT Antam has signed a deal with mid-tier miner Oxiana that could see the government-backed company buy 25% of Oxiana’s Martabe mine for more than $US133 million ($A138 million).

Drilling at the Martabe gold project in Indonesia.

The memorandum of understanding with Antam is over potential opportunities in Indonesia where the two companies can form joint ventures or other cooperative ventures.

Today Oxiana – just a week after the completion of its merger with fellow mid-tier miner Zinifex – said the first deal under the MoU would see Antam pick up 10% of Martabe for $US66.5 million.

Antam would also be granted an option to buy another 10% for the same price, subject to adjustments for gold price movements, and could then pick up another 5% of the project based on market value of the project at that time.

This final deal would be subject to Oxiana approving the expansion of Martabe to 300,000oz of gold equivalent production per year.

Martabe’s production is slated to reach 200,000oz of gold and 2Moz silver per year by 2010, with construction slated to finish in 2009, with capital costs set at $US310 million.

The deal will require the approval of both Oxiana and Antam’s boards.

Antam is 65% owned by the Indonesian Government and is embroiled in a takeover bid for Australian miner Herald Resources.

Meanwhile, Oxiana also said recent exploration work at Prominent Hill in South Australia suggested there could be another copper-gold deposit at the project close to its existing infrastructure.

Drilling from 900m west of the Prominent Hill pit included an intersection of 86m at 2.9% copper from 332m.

Other work at Prominent Hill is progressing nicely with process plant and infrastructure completion 70% complete, while the project’s semi-autogenous grind (SAG) mill in Port Pirie, South Australia, is on schedule.

Costs for Prominent Hill were on track with forecasts of $1.08 billion, the company added.

Oxiana will be renamed OZ Minerals, with shareholder approval, and shares in the company were last trading at $A2.33 down 1c.

EMR Capital and its partners have agreed to sell the Martabe mine in Indonesia for US$1.21B 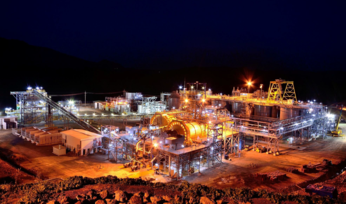 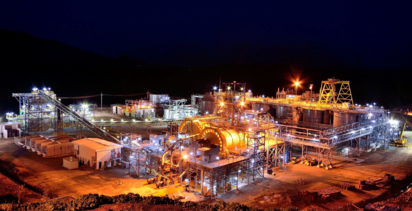