Production up, cash costs down: Tamaya

TAMAYA Resources has reported an increase in plant production for the June quarter at the Punitaqui division in Chile, but the company is still addressing its ramp up issues.

The Punitaqui division includes the Cinabrio copper mine, as well as a swag of Tamaya’s other exploration tenements in northern Chile.

In its update, the company said mine production was up more than threefold from June 2007 and this figure confirmed the successful implementation of a new mine plan, designed to target higher-grade ores.

The company said it plans to upgrade maintenance functions at the plant, and positive results are expected to show in the second half of 2008.

The upgrade will begin by the end of this month and will involve the installation of mill 10.

The plant is expected to be commissioned after a three-month project schedule, but will not operate at full capacity due to a bottleneck at the filters.

The problem will be addressed as part of a production ramp-up in 2009, but the new mill will process an additional 300-500 tonnes per day in the meantime.

The company is looking to increase production to 4000tpd, taking monthly production targets to around 120,000t per month.

Despite increased production, Tamaya reports that cash costs have reduced to $US2.15 per pound ($A2.20/lb) in June, 10% lower than the March quarter.

The company said the trends of higher production and lower cash costs should continue in the September quarter.

Earlier this year, Sydney-based Tamaya revealed plans to dual-list on the Toronto Stock Exchange later in 2008.

Another strong quarter from consistent performer 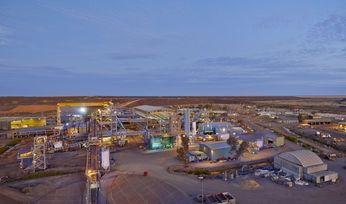 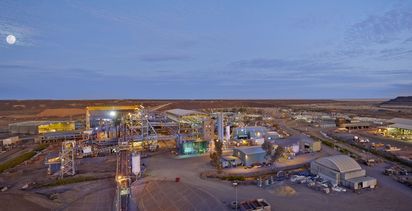 Steady as she goes at Silver Lake

Wiluna's production down and profit up