HONG Kong-based CITIC Pacific Mining is axing workers from its embattled $US6.1 billion ($A6 billion) Sino Iron project in Western Australia’s Pilbara region as part of a review in the lead up to first exports mid-next year.

The company expects to make around 50 positions redundant at Sino Iron, the largest planned magnetite project in Australia, with people to be redeployed wherever possible in the organisation.

In a statement, CITIC Pacific Mining executive chairman Dr Dongyi Hua said the company had been forced to make difficult decisions and a number of people had been culled as part of the review.

“We have spoken at length with our people about the need to review our structure to ensure we meet our principal goal and we are redeploying people affected by the changes wherever possible within our organisation,” he said.

Hua said the slower global economic growth was forcing many businesses to consider how they operated in order to remain sustainable.

“As a business we are also exposed to these challenges and due to the delays and increased costs we have experienced we face significant cost pressures,” he said.

In July it was revealed the Sino Iron project had been struck with a $US900 million blow-out after Sino Iron construction contractor, China’s Metallurgical Group Corporation (MCC), requested an additional payment.

The cost blow-out was the second for the project after a $835 million jump in costs in May last year.

First commissioning at the project is targeted for the end of this year, with first exports in the first half of 2012.

Today’s news comes after an unnamed source told MiningNew.net that MCC Mining, MCC’s Australian subsidiary, had retrenched a third of its staff in July, without disclosing the number of staff impacted by the layoffs.

The project is being developed at Cape Preston, 100km southwest of Karratha. 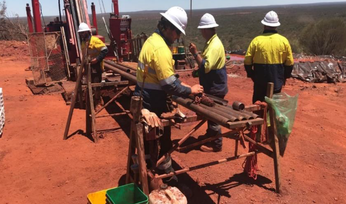