WITH bonanza high-grade copper and gold results and exceptional metallurgical testing, this company is busy proving up a resource – and also testing nearby potential. By Ngaire McDiarmid - RESOURCESTOCKS*

Geopacific Resources has thrown its weight behind a developing project in what it believes is a new mineralised field in the centre of pro-mining Cambodia.

The company has hit grades “nothing short of spectacular” at its Prospect 150 in the Kou Sa project, which it gained access to in 2013, thanks to a friendly takeover of private investment company Worldwide Mining Projects Ltd.

The Kou Sa project covers 158sq.km and is a joint venture with Cambodian conglomerate The Royal Group, which holds a 15% stake.

“It’s got good commodities, and it’s in a great country to work in.”

Geopacific is working to establish JORC resources at its initial focus at Kou Sa, Prospects 150 and 160, but a recent ground-based induced polarity geophysics survey has generated more promising targets with significant anomalies.

Initial metallurgical testwork at Prospect 150 has provided “exceptional flotation results” with tellurides hosting the majority of gold and silver, giving recovery rates up to 98.4% copper, 94.1% gold and 91.1% silver.

Heeks said the tellurides were often associated with larger deposits like Kalgoorlie’s Super Pit, and also meant the ore could be processed using flotation and the company would not need cyanide.

“The first few holes we drilled were nothing short of spectacular, the best holes I’ve drilled in 30 years,” he said.

“So that immediately became the focus and quite rightly so. While we were drilling that and looking at other areas, the geophysics came in which would suggest there’s significant potential in some of the other areas.”

Prospect 160 has evolved from Prospect 150 South, after the first drill hole there produced 14.8m at 3.36% copper equivalent and subsequent testing revealed 350m of strike, which was geologically different from Prospect 150.

“We’re aiming to establish a JORC resource for Prospects 150 and 160 and the IP results are starting to suggest that even though they have given us some pretty spectacular results, Kou Sa has a number of other excellent targets to explore,” Heeks said.

The IP geophysics survey was completed over Prospects 117, 150 and 160 after a successful test at Prospect 100. The IP program is currently expanding into new areas.

The first drill hole tested using an IP generated target hit 48.35m at 0.8% copper equivalent from 42.3m, associated with a chalcocite zone. A second IP target tested west of the mineralisation at Prospect 100 had the best result so far of 13.6m at 3.82% copper equivalent.

“The results to date indicate this is part of a large mineral field,” Heeks said.

“Of the anomalies that we’ve drilled, four of the five have given us massive sulphide intercepts in the first or second hole, generally the first.

“The IP geophysics in the northern central half of the licence is working exceptionally well and the correlation with the geochemistry and drilling results is just quite incredible.”

He said one rig was continuing to drill at 150 but a second rig was testing each of the new IP anomalies.

“At the moment, we’ve got 10-plus anomalies and we’re testing those to see which area is the most prospective so we can optimise our resource drilling dollar,” Heeks said.

“In this market, you’ve got to get the best bang for your buck in the shortest possible time, so we are constantly updating our knowledge to find the optimal path to a resource.”

Despite the sluggish equities market, Geopacific was able to raise $A5.5 million in December-January to fund an aggressive exploration budget.

Heeks said the company had an initial offer of $2.5 million from new investors including $1.8 million from a US investment fund and the balance ($3.0 million) was raised through a rights issue that was sub-underwritten by the company’s largest shareholder.

Heeks said the company stood out to investors for two reasons.

“What sets us apart is the quality of our project, and it also comes down to our management team who have ‘been there and done that’,” he said.

“Between us, the management team has built eight projects in six countries in three commodities – we’re out there to take things through.

“We’ve worked in Asia with more than 70 years’ collective experience, we’ve worked in Mongolia, Ghana, Indonesia, China, Australia, the south Pacific and South America, so we’re pretty used to what can happen.”

Under the $US14 million Kou Sa acquisition deal, Geopacific is making a series of staged payments which will end in July 2016 with the joint venture partners holding 100% of Kou Sa.

Heeks said Geopacific management had a longstanding relationship with The Royal Group and had searched for 12 months before identifying Kou Sa as a promising joint venture project.

Heeks said Cambodia was proving a great place to work and was supportive of foreign investment.

“They’re interested, and they want us there. It reminds me of Indonesia in the 1980s, when they gave you incentives to be there,” Heeks said.

“It’s probably the best country I’ve ever worked in, to be honest. It’s a fascinating place with a young economy, half of the population is under 25.

“They don’t have any mining, but they’ve seen the benefits in Laos and Thailand and Vietnam to an extent. They realise that a mine in the right place can really put a lot of money into the local community.”

Heeks said the company also had access to high levels of government for discussions and Cambodia was also in the process of updating its mining laws along similar lines to Western Australia’s.

He also noted that money flowing into the country and being generated there was being visibly spent and the local community was benefiting.

“They’ve recently built a school there, a clinic, they’re putting power in, there’s a hydro dam being built and the brand new highway was put in eight months ago, and that’s all happening around our little village,” Heeks said.

“The village has a couple of hundred people, and they have 4G phone towers – good communications can save an absolute fortune.”

Cambodia is one hour behind Geopacific’s head office in Perth and Heeks said “you can’t put a price” on the savings that offers, with the field team able to get in touch easily.

“The guys on the ground are mainly our Indonesian field team, they’ve worked for me for 10 years or so in Australia, Ghana, Mongolia and Indonesia and they fit in so well,” Heeks said.

“They know how to keep the village and its chief informed about what’s going on, they know how to work in that country. Our licence area doesn’t have anyone farming on it and no one lives there. It’s a bit like the Pilbara with open acacia scrub.”

Geopacific is also maintaining its exciting early-stage projects in Fiji.

“We have generated some very exciting results and the Fiji projects will have their time,” Heeks said, “but certainly Cambodia is our current focus.”

Over the coming months, Geopacific expects to release a steady stream of results from the ongoing exploration and geophysics work.

It is also scoping out a few new project areas, including the gold-only anomalies at Prospects 170 and 190.

“We also hope to acquire some new project areas in Cambodia, we’re waiting for an application to be processed,” Heeks said.

“So there’ll be a fairly steady stream of information, more metallurgical testwork and building to a JORC resource.”

The company has just finished its RC program and is moving into a major drill-out phase.

“We’re well along track towards getting our JORC resource out later this year and hopefully we’ll be even more advanced than that by the end of the year.”

*A version of this report, first published in the May-June 2015 edition of RESOURCESTOCKS magazine, was commissioned by Geopacific Resources. 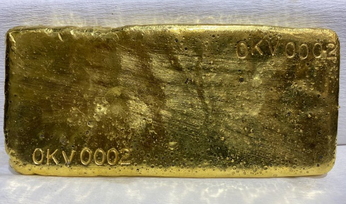 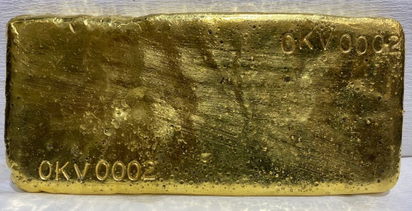 Emerald gets green light from Cambodia for promising gold development