WHAT is perhaps most remarkable about the day-to-day operations of the Bailey mine of Consol Energy in Pennsylvania, USA, is that they are fundamentally similar to Australian operations. Apart from the annual production that is.

David Hudson, superintendent at the giant mine, said Bailey’s production of 8.5 million clean tonnes to December 1999 was a new annual record.

Bailey is a two-longwall operation, working on a three-shift, five-day week with 412 employees. The mine has two portals, 11.3km apart. The original Bailey portal is still used for some development crews and supplies loading.

Seven-entry mains development is common, consisting of two intakes, two returns, belt, track and a neutral entry. Development crews complete a wide range of tasks, including cutting of the belt trench for the transfer point, cutting equalising overcasts when required and developing around the bottom of new air shafts.

“Miners that work at the face must be trained and have the ability to bolt, run the loader as well as the miner,” Hudson said.

Panel development is typically three-entry consisting of belt, track and return. In-place continuous miners develop for the longwalls and operate 10 machine shifts per day, five days a week. Hudson said the main justification for using in-place development was because a lot of rib pinning was required for the poor rib conditions.

Remarking on the importance of longwall float, Hudson said the dedication of the continuous miner crews at Bailey was one of the key factors that kept development ahead of longwall retreat. “We measure our progress in longwall development panels based on feet of section advance per month. Currently, the crews in these sections are averaging 2200ft which enables us to mine a section up, develop set-up entries and bleeders in about five months,” he said.

“Improvements in longwall technology have far surpassed that of continuous miners over the years. However, we continue to work with systems that permit us to bolt as we continue to mine, such as the satellite and sump frame miners.”

Ventilation is achieved by eight exhaust fans and five intake shafts and underground haulage is by trolley and battery rail vehicles. Coal flow is regulated with a 700-tonne bunker while 19 transfers convey the coal to the silos. Hudson said Consol planned to use 60-inch panel belts and 84-inch main line belts, with a 7500t bunker, in future.

“The bunker will then regulate the flow of coal so that six flights of 60-inch belt can convey the coal to the existing 60-inch slope belt,” he said.

Several Australian operators remarked that senior USA mine management can spend as much as 25% of their working day underground. 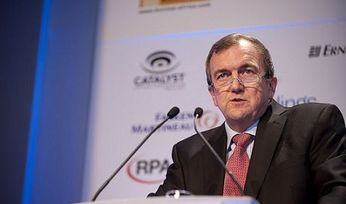 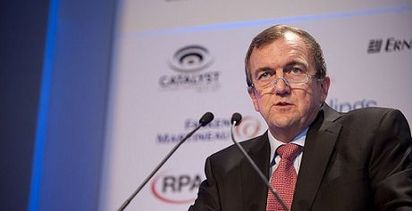