Mine planning for longwall operations will never be the same again. Dogged by depressed coal prices, operators are being forced to produce more rigorous feasibility studies for beancounters than ever before. And there are plenty of new tools to choose from.

Driving costs down has become something of an obsession for coal miners seeking to gain an edge over competitors. One panacea is the dazzling array of new technologies available to assist with day-to-day mine planning activities, from 3D seismic to sophisticated computer modelling programs. Some of these technologies are “cross-overs” from other fields such as metalliferous, civil construction and even oil and gas, from where 3D originates.

The current cross-fertilisation of ideas and technology will only increase, particularly given the changing face of Australia’s coal industry. An influx of new or different thinking will be one spin-off of the current rationalisation process as overseas operators such as German groups RWE and RAG enter the Australian coal market.

“Just doing it in the tried and proven way is no longer acceptable to people in coal mining,” said Neil Turvey, of Australian Mining Consultants. A leader in specialist mine consulting, AMC has recently started expanding its offerings to the coal industry — particularly in the transfer of metalliferous geomechanics technology and ideas — as it continues to outsource specialist technical services and mining companies turn to consultants for specialist advice.

An example of consultants bringing a fresh take on an issue was the successful Wambo backfill project undertaken in 1999 in which AMC was involved.

Wambo, in the Hunter Valley, New South Wales, was faced with the problem of four stub headings, 580m long, lying ahead of longwall 9 which was being mined. An option was to leave 40m barrier pillars around the headings which would have sterilised 136,000 tonnes of coal and required four weeks in relocation time.

“The (Wambo) pit had the traditional options of supporting the roadway with roofbolt, chocks, etc. or relocating the wall,” Turvey said. “AMC offered filling the roadways with a cemented fill, which would later be mined through. The technique used underground-metalliferous-mine fill technology which was transposed successfully into the underground coal industry. A substantial amount was saved using that type of support.”

It is typically those mines beset with strata difficulties which most aggressively pursue “fringe” ideas. Geologically-challenged North Goonyella, in the Bowen Basin, Queensland, for instance, is drilling from the surface to pre-drain for methane gas. The technology, which, like 3D seismic, originated in the oil and gas industry, could deliver many benefits if successful including divorcing roadway development from drainage operations, which would make the whole exercise safer and easier to manage. Meanwhile, the Southland mine in the Hunter Valley is about to implement a unique method of longwall mining which combines conventional retreating and advancing methods known as the Advancing Retreat Method. And then there are the profound advances in computer modelling, which is increasingly capable of supplying fully delineated 3D images of coal panels onto office computers.

Undoubtedly, the greatest impact of new thinking will be on the next generation of greenfields developments. According to punters, the next cab off the rank will be BHP’s Goonyella project in central Queensland.

In the past few years BHP’s approach to mine planning has undergone significant changes in light of its experiences at Crinum, according to a consultant who has worked for BHP. The consultant said BHP would leave no stone unturned in its efforts to quantify and qualify every potential technical issue to mitigate risk.

BHP is currently conducting exhaustive technical engineering evaluations at Goonyella that include assessments of seam permeability, spontaneous combustion propensity, stress measurement, frictional assessment, geothermal gradient, highwall stabilisation and subsidence. The list is by no means complete. “They are looking for greater confidence in their ability to predict their cost structures, particularly in operating costs and capital,” the consultant said.

At a press briefing in December, BHP Coal boss Bob Kirkby referred to the underground operations as the way of the future for BHP — a chance “to once again reduce our operating costs at a very competitive capital cost”

A smart thing BHP appears to be doing at Goonyella with a view to reducing risk capital is doubling up exploration with development, similar to the approach at South Bulga and Oaky North. When the development button gets pushed, the project has a head-start with mains development. The downside of this greater rigour in mine planning is that it is more expensive and can add 12-18 months to development time.

Jeremy Busfield, principal mining engineer at Australian Mine Consulting Services, agrees the trend in contemporary mine planning is to apply economic analysis during the planning process rather than at the end. “What this approach does is identify at an early stage the key economic parameters that heavily influence project evaluation. Commonly this is found to be yield, but other key compounding issues are development capital, labour cost, roof support cost and panel length,” he said.

Production increasing and costs going down 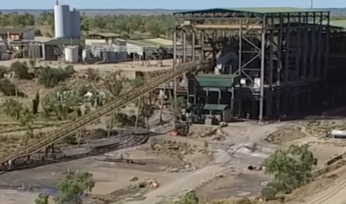 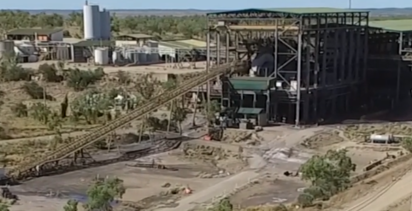 New Century 'mooves' out of cattle