SINCE mining operations recommenced in June 1999 at the old Gretley mine, in the New South Wales Hunter Valley, new owner York Mining has introduced a mini-wall mining system and completed mining of three panels for production to the end of December of 440,000 tonnes of coking coal.

The operation was renamed New Wallsend No.2 — the numerical suffix required by the NSW Department of Mineral Resources because a late 19th century mine was also called New Wallsend — and had been under care and maintenance when York Mining bought it from Cyprus Amax in early 1999.

York’s chief executive officer, James Caldon, said the attraction of New Wallsend No.2 was it offered a high yield of coking coal, certainty in the geology and proximity to Newcastle. Mine infrastructure was in place and, most importantly, labour could be employed under new conditions of service.

Of the 95 employees recruited, 60 are original Gretley employees. A new three-year enterprise agreement has no demarcation and allows tradesmen to work as operators. “Skills are not quarantined,” Caldon said.

New Wallsend No.2 is producing coal five days a week on two 10-hour shifts per day, while maintenance is conducted during a third shift.

Present workings are in the 3m Young Wallsend seam which is, on average, 150m below the surface. The extensive urban development on the mine’s surface is the main reason for converting to a mini-wall to avoid surface subsidence.

Caldon said several technical changes were made to improve the longwall operation such as a redesign of the cutting sequence. Previously, the Anderson AM500 shearer was advanced in the maingate but is now advanced “bodily” in the tailgate into the next web with the drum in “fresh air”, Caldon said. No snaking was required for the AFC to advance and one drive serviced the AFC and stage loader.

The mini-wall is serviced by the maingate which contains all services and the conveyor.

“The major advantage of the mini-wall is it is simple and reliable, consistent in output and easy to move from panel to panel,” Caldon said. It takes on average 10 days to relocate the longwall.

The disadvantage is that development to longwall extraction ratios have increased with the need for more development. Cut and flit is used in gateroads and rates average 30-36m per shift. The best shift to date achieved 54m while one 12-hour shift achieved 65m.

The mine has a life of about five years and is budgeted to produce 5000 tonnes per day. Production in the best week totalled 35,000t.

Junior partner says deal makes sense, may be better for it than Todd 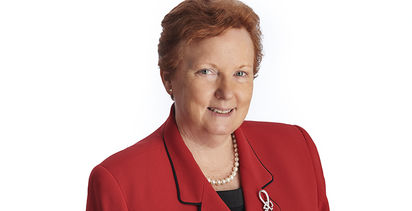