THE SAFETY of Australia's underground mining sector is once again under intense scrutiny, after three people were killed in late June at Normandy Mining's Bronzewing underground gold mine in Western Australia.

At around 5pm on June 26, a fill barricade failed at the bottom of a stope at Bronzewing, approximately 460m underground. About 18,000 cubic metres of slurry flooded into a decline, trapping contractors Troy Terrence Woodard, 26, Timothy Lee Bell, 21, and Shane Hamill, 45, who were working underground at the time.

Specialist recovery teams have only now found the three bodies - the first late on Friday, July 28, the second on Saturday and the third late on Sunday. Police said further details will be released after the bodies have been formally identified.

At press time, investigations were under way to find the cause of the incident. It was likely to take several months to work out exactly why the fill barricade failed. But the incident prompted a quick response from the WA Department of Minerals and Energy, which said the deaths were a tragic reminder of the potential hazards associated with filling of mine stopes.

State mining engineer Jim Torlach emphasised that the cause of the Bronzewing fill escape had not been determined. Nevertheless, he issued a safety bulletin urging all WA underground mines to examine their fill systems, particularly those where mine fill was placed in such a manner that "hydraulic pressure can be exerted on barricades and bulkheads".

"Hydraulic pressure in a stope is formed from a build-up of water and it is critical that drainage is monitored and maintained," he said.

Normandy spokesman Colin Jackson declined to speculate on the cause of the tragedy. Normandy is conducting its own investigations, with the help of an independent expert, Melbourne-based fill specialist Jack Barratt.

In its original statement on the tragedy, Normandy said standard practice was to use deslimed tailings as fill in secondary stopes at Bronzewing.

"The sand fill is particularly coarse, designated as 80% passing 150 microns, and accordingly the slurried sand drains rapidly," it said.

The company said bulkheads at the mine were built from rough, porous concrete blocks, typically 440mm by 220mm by 220mm - designed to “allow the water associated with the mine fill to readily drain”. The blocks were then pinned into the wall and floors with rock bolts, and equipped with monitoring devices, Normandy said.

"You have to design the bulk head with some form of ability to drain the water out, and, yes, you do have to put monitoring devices on it," said an underground mining engineer, who asked not to be identified. "So it sounds like what Normandy had was fairly standard.”

He said engineers had to cater for a worse case scenario with regard to the build-up of hydraulic pressure.

"Whether it is a paste or hydraulic fill, it contains a lot of liquid. Until you've drained all that liquid out of it and allowed the rock particles to consolidate, it will flow. So if you get a sudden tremor or shake-up, you can reliquefy these things. And in that event, you need to know the bulkheads can cope. You need to say, what happens if I fill the stope up with water? Would that barrier withstand that hydraulic pressure?”

Sand filling is common practice around the world and has been widely used at major Australian mines such as Mount Isa and Broken Hill. One difficulty is that because underground mines need to develop deeper ore zones ahead of bringing them into production workers are often downslope from fill containment systems. If those systems fail – for whatever reason - miners are going to be at grave risk. Ensuring that mine workers are always above the fill would theoretically eliminate the risk. In practice, that scenario would be economic suicide.

"You can't always go to the bottom of a mine and work up, because you'd have to put all that capital in," the mining engineer said. "If you had to do that, you'd kill your cashflow and you'd be out of business. It is not possible to have all of the fill beneath you all of the time. In an ideal world where you had a huge pot of money, that's probably the way you'd do it. But we don't have an ideal world."

* Full report in the August edition of Australia’s Mining Monthly. 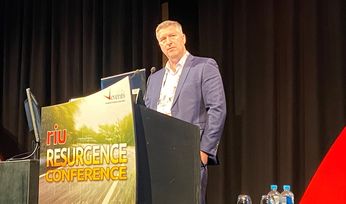 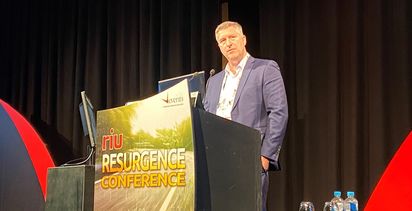