NEW Hampton Goldfields is remaining tight lipped about the circumstances surrounding the death of a miner at its Big Bell gold mine near Cue in Western Australia on Saturday.

Workers were rockbolting in an area of the mine known to be unstable before the tragedy occurred.

The company had recently contracted experts to advise on seismic activity at the mine, state mining engineer Jim Torlach of Western Australia’s Department of Minerals and Energy said at the fifth Minesafe International conference underway in Perth.

“In recent months, knowing they had a difficult ground problem, they employed the best people in the world to advise them on it, “ Torlach said.

“So they were putting their resources into safety.”

Details of the circumstances surrounding the tragic death of miner Rodney George Criddle, 42, of Geraldton, are sparse.

“They were in the process of drilling rockbolts to reinforce the ground,” Torlach said.

“What has caused such a rockfall I don’t know, but I gather in the process of drilling a substantial fall of ground has occurred.

“Normally you would put the rockbolts in as you go so it is unusual to get a really substantial fall after this type drilling, although these [at Big Bell] are fairly big headings, so it entirely possible.”

The area where the accident occurred was believed to have been closed two months ago due to seismic activity and abandoned until last week for safety reasons.

“I don’t know whether this was related to seismic activity or the type of falls you get when loose rock falls down. Until that has been confirmed all you get is speculation,” Torlach said.

“Other than that all I can say is the incident is being fully investigated and we are waiting on a full report from the coroner.”

Torlach said the trend in WA had been diminishing fatalities and injuries due to rock falls.

“In the last two and half years, up until now, we have gone with only one rock fall fatality, which was the one early last year,” he said.

“The previous two years there had been ten. There has also been a substantial fall off of minor injuries due to rock falls.”

The sixth mine-related death in WA this year coincided with a call from international mining health and safety experts for tougher sanctions for culpable corporate offenders.

Addressing the Minesafe International conference, Dr Robert Johnstone said there was room for the mining industry to consider incorporating mainstream criminal law (manslaughter and related crimes) into its prosecution procedures.

“A strong stick at the top end will result in greater compliance,” he said. 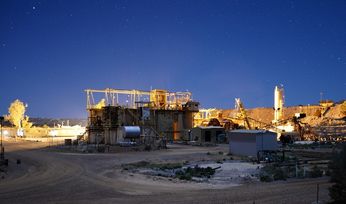 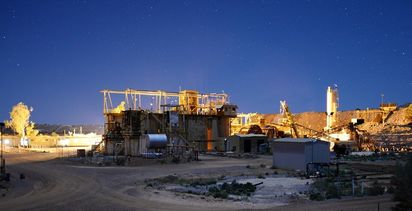