A scheduling tool developed for nickel mines is now seen to have wider applications.

An updated mine scheduling package developed by Perth﷓based software company Combinatorics has been a hit at several nickel laterite mines in both Western Australia and Indonesia. According to Jim Butler, Combinatorics’ technical director, the firm’s latest MineMAX release has also found favour in other mineral sectors when ore blending and stockpiling create major scheduling headaches.

Development of the product started in 1995 when it was designed as a strategic optimisation tool focused on blending, stockpiling and net present value (NPV). In that guise, it was used widely in nickel, iron ore, gold and industrial mineral projects. One major user was nickel laterite miner PT Inco, which runs five major pits on the Indonesian island of Sulawesi. PT Inco requested a new function in MineMAX to handle blending ratio constraints in the huge operation.

“They wanted the silica to manganese ratio to be within a certain range, and that was not something that could be modelled directly on MineMAX the way it was,” said Butler. “So we put in extra capabilities to address that, and PT Inco subsequently took it on board in December of last year. Those changes have now become part of the standard MineMAX release.”

Butler said Anaconda Nickel’s Murrin Murrin and Preston Resources’ Bulong mine — together with Comet Resources’ Ravensthorpe project — could now take advantage of MineMAX’s new blending ratio capabilities. “By using ratio constraints, they can quickly develop production schedules and be confident that the scheduled feed into the plant will meet their stringent blending requirements,” he said.

MineMAX is distinguished from existing scheduling tools by its ability to model blends from a number of different mining regions at the same time, in order to achieve product specifications. “Or, from a more strategic level, it can look at different mining operations for some of the larger companies and work to optimise the net present value of the company as a whole, not just the individual pits,” Butler said.

The tool had found favour with nickel laterites, because of their complex blending and stockpiling requirements over a long mine life.

“People have tried to use pit optimisation tools up to now for scheduling,” he said.

“With this approach, it tends to show you are mining in many different areas in the first year, and that is just not practical. Whereas with MineMAX, we can constrain the maximum number of mining regions. That has proved to be particularly useful.”

The nickel laterites contrast with many gold mining operations, which often feed ore to the mill out of one large pit.

“Single pit gold mining is fairly straight forward from a scheduling point of view,” Butler said. “But a mine like Boddington, where they want to blend from a number of different pits — that’s where MineMAX becomes useful. Wherever there are blending requirements in terms of ore types that can be satisfied by mining from multiple pits, that is where the blending function comes into the equation.”

The latter feature is particularly relevant to Western Australia’s huge iron ore industry in the Pilbara, where typically blending is extremely important.

“They may have four or five different elements — iron, silica, phosphorus, aluminium, etc — and possibly a number of different products that contain all those elements, with tight blending constraints on each element,” Butler said. “So it works very nicely for iron ore.”

In fact, many of the design elements of MineMAX were driven by the needs of the iron ore sector. “Although it hasn’t been used extensively on site for iron ore, we’ve provided scheduling consulting services with MineMAX for iron ore projects,” he said.

Butler said the ultimate aim of MineMAX was to increase the profitability of the mine over its entire life. “We would expect clients to get an increase in NPV of in the order of millions of dollars for larger projects,” he said.

PNG yet to fire on all cylinders 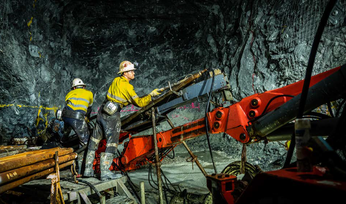 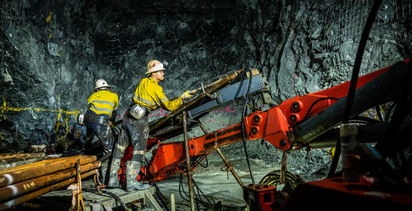 PNG yet to fire on all cylinders