National competition policy is opening up state rail network monopolies to competition. Not everyone is happy about it.

The children’s game Cowboys and Indians is all about cross-border raids and invasions. Who the good guys are depends entirely on your ideological persuasion. As increased competition between state-owned rail networks ripples along the tracks, attempts to rustle territory from competitors on the other side of the border is very much on the agenda, particularly in jealousy guarded bulk commodities such as coal. The scene is set for the emergence of a handful of dominant players who are not only willing to launch cross-border forays but know their competitors will do the same.

In Queensland particularly, the battle for territory will be a fascinating one. Rail haulage in the state has been dominated by Queensland Rail which runs the country’s only narrow-gauge line. QR is also Australia’s only vertically integrated rail network which owns and manages both above and below track services. While the structure is monopolistic in appearance the often cited benefits include efficiency and productivity.

On the negative side there are perceived external-party line access limitations and the issue of costs related to cross-subsidisation of non-commercial activities with commercial ones by the operator, something QR vehemently labels a thing of the past. Whether true or not, the perception lingers that QR’s so-called “Chinese walls”, which are meant to separate divisions from each other, are ineffective. The issue of third party access is about to be tested as the result of an interesting development in early March.

Queensland power generator Stanwell Corporation and coal producers Jellinbah Resources and Ensham Resources did something a little unusual. Instead of setting haulage prices directly with QR as is normal practice among Queensland coal producers, the three companies decided to offer out to tender the haulage of a portion of their combined 10.5Mtpa of domestic and export coal. New South Wales rail freight group FreightCorp won preferred tenderer status for the 10-year contract from late 2001. FreightCorp is no stranger to venturing into new territory, having picked up a contract to haul coal for Flinders Power in South Australia last year. However, according to managing director Lucio Di Bartolomeo, it is unprecedented for a third party contractor to gain entry into a vertically integrated provider. “We are venturing into new territory,” he said. “We (FreightCorp) must push the boundaries and test the notion of open access. We are the largest freight carrier that does not have a franchise to a piece of track. We need to be capable of getting in there.”

QR did not tender. According to chief executive, Vince O’Rourke, it would negotiate directly and commercially rather than respond to an Invitation for Offers, “because of the importance of these customers and our long relationship with them”

Cynical observers suggested this was exactly the response to be expected from a monopoly.

On the other hand, QR could hardly be blamed for seeing this as an invitation to step onto a steep and very slippery slope. How long would it be before more of QR’s very substantial coal haulage contracts — involving it in the transportation of 103Mt of coal last year — went looking for another carrier? Not bidding was a smart strategic move and, as it turns out, QR has been anticipating just this sort of audacious attack for some time.

Said QR’s Scheuber last year: “Access to our tracks is available to private companies and there is an obvious potential for them to operate in direct competition to us. To ensure fair and equitable access for private operators seeking third party access, we have provided a single point of contact by the establishment of an independent Network Access Group.”

Playing the role of sheriff is the Queensland Competition Authority which is currently setting reference tariffs to determine a fair and equitable rate for third party access to QR’s 9400 km of track. FreightCorp clearly believes, regardless of what the reference tariffs are, that it can do it cheaper than QR.

“We think QCA has a significant role to play,” said Di Bartolomeo. “We have confidence they’ll provide entry for third party access.”

One of the reasons the three Queensland companies sought tenders for part of their coal haulage was their belief that haulage rates from the NSW Hunter Valley are up to 30% cheaper than QR’s rates. Ken Foots, managing director of Ensham Resources, has long been critical of freight rates charged by QR. “FreightCorp was selected firstly because of their proposed price and because of their track record in reducing access charges in NSW,” he said.

Battle to flatten the curve intensifies 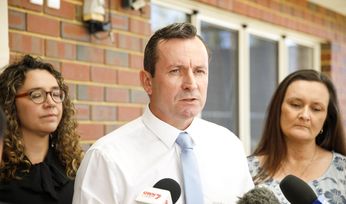 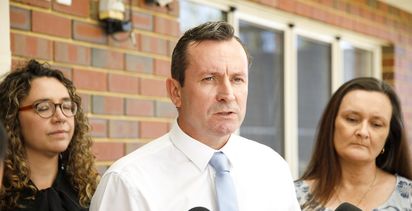