A MAJOR new underground chromium mine in Finland is on target to become the first substantial underground project in the world planned and built to fully utilise new automation technology.

Outokumpu Oy’s Kemi mine, just south of the Arctic Circle in Finland, commenced underground development last year after more than 100 years of additional underground mining reserves were proved up. Operated to date as a large openpit operation, Kemi forms an integral part of Outokumpu’s chromium-to-stainless steel production chain. All mining will move underground from 2003.

Outokumpu worked for five years up to 1996 with Finnish equipment makers, the Helsinki University of Technology and the Technology Development Centre TEKES of Finland, to develop its Intelligent Mine concept. A three-year “implementation” program followed, in which the mine owner and technology development consortium fine tuned the Intelligent Mine (an Outokumpu trademark) technologies for use at Kemi.

Outokumpu says its Intelligent Mine initiative has been aimed at developing technologies for a mine where routine operations are automated and unmanned, machines are remote operated (when not in auto-mode), and production is controlled in real time using a mine-wide fast information network.

“One purpose of intelligent mining is to raise productivity and so to boost the competitiveness of mines,” a company spokesman said. “Another purpose is to improve occupational safety and working conditions at mines.”

One of Outokumpu’s areas of responsibility within the consortium was development of underground telecommunications systems to facilitate high-speed digital data and video transmission. It also developed proprietary technology such as the OMS-logg grade control system which determines ore boundaries and grades on site and without delay. Outokumpu describes this as core technology for real-time production control.

“The core projects aimed at building an operational mine-wide information network as well as related software, machinery and equipment,” the Outokumpu spokesman said.

“The Kemi mine is now being developed into the most intelligent mine in the world — a test ground where all individual parts of the technology program are combined into an operational unit.”

As well as technology and equipment, Outokumpu has focused on the development of training programs and on mine planning which factors in the infrastructure requirements of its intelligent mine. It will create “work zones” which transfer data into a central information processing point, and will aim to continuously reconcile in real-time sample data gathered from rock, ore and concentrate samples. “The goal is to develop such a production control system which gives the best financial result of the total mine operation, not of single segments of the operation,” the spokesman said.

“Real-time control of automated machines sets major requirements for the information network — a delay of even 0.2 seconds in the transfer of video images from the work zone to the control room would be too long for the fast movements of unmanned machines in the close spaces of underground mines. In a mine, where work zones shift constantly, data transfer must also be wireless.”

According to Kemi general manager, development, Juhani Pulkkinen, Outokumpu’s main challenge is setting up the mine to fully utilise real-time information so that it “truly benefits the operation”

“This will require a major attitude change at all levels of production, as all levels will need to make real-time decisions based on real-time information,” he said.

Lowell considered one of the greatest explorers of the 20th century 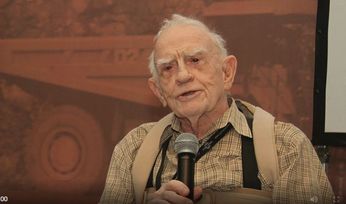 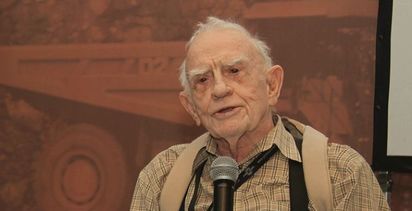